From £12.99 £10.82
Rating:
100% of 100
1  Review Title Add Your Review
In stock
SKU (Orderwise Code)
AMF-LYNGUARD
Add to Wish List Add to Compare
Tell a friend
Antimicrobial Film
Skip to the end of the images gallery 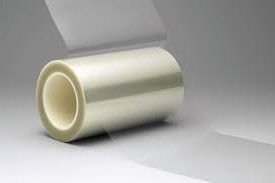 Skip to the beginning of the images gallery
Description

This antimicrobial film adds an invisible defence against bacteria and other microbes in 'high touch' areas such handles, desks, buttons & touch screens.

Proven silver ion technology leverages the active power of silver to inhibit microbial growth. This antimicrobial film provides an additional layer of protection which complements existing hygiene practices. Can be applied and easily removed from glass, metal and other composite surfaces.

How Does Antimicrobial Film Work?

Protein Damage: Proteins are essential for the biological systems of life. Any damage to these components causes the failure of essential functions such as energy production.

Cell Membrane Damage: By disrupting the microbes membrane, its structural integrity is compromised, which can cause essential nutrients to leak out and catastrophic structural failure.

Oxidative Damage: Antimicrobials can cause increased levels of reactive oxygen species, which result in damage to the internal systems of the microbe.

This product makes no claims that it will protect against disease pathogens, only that it is engineered to protect the film by inhibiting microbial growth when applied as a barrier to product surfaces.